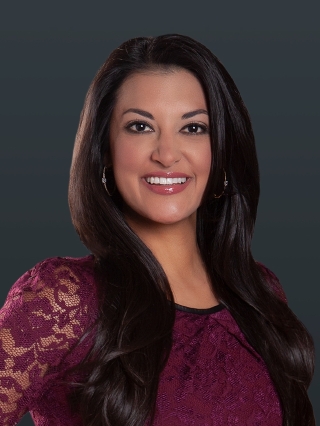 Concetta Callahan made her debut on CBS4 in January 2019 as the weekday evening anchor for the 5:30 p.m. and 10 p.m. newscasts. Before coming to El Paso, Concetta returned home to Houston, where she was a national correspondent with The Weather Channel, covering the costliest tropical cyclone on record. She brought viewers a firsthand look at the devastation Hurricane Harvey brought to coastal towns along the Texas Gulf Coast in 2017 as it traveled throughout Houston, Port Aransas and Rockport. The storm damage was incomprehensible, costing $125 billion and flooding 600,000 vehicles. As communities limped toward recovery, another record was broken in Houston, when the Houston Astros won the World Series. For Astros fans, the World Series win really came at a time when it meant the world to them. A career highlight for Concetta was covering the biggest win in Astros franchise history in her hometown.

Concetta made her way to El Paso by way of San Antonio; Tucson, Arizona; Rock Island, Illinois; and Laredo, Texas.

Her television career began on the Texas-Mexico border in Laredo, Texas, where she worked for KGNS-TV as an anchor and reporter. It was there, Concetta got a chance to cross the border and give viewers a firsthand look at the escalating violence in Mexico. She reported on some of the most dangerous drug cartels in the Gulf of Mexico, Los Zetas and the Sinaloa Cartel, in Mexico's ongoing drug war. She also interviewed then-Secretary of State Hillary Clinton during her campaign for president in 2008. She also covered the impact of Hurricane Ike, as evacuees were brought to Laredo by the busloads.

Concetta then went up north to the Midwest. She was a weekend anchor and photojournalist at WHBF-TV in Rock Island, Illinois. There, she got her dose of politics. She covered the Iowa caucuses, President Barack Obama’s visit to Iowa City and Iowa during Obama's re-election campaign. She sat down with Gov. Mitt Romney, one-on-one, in Moline, Illinois, during his campaign for president in 2010.

A native Texan, Concetta missed the hot weather and made her way to the Southwest. She became the morning anchor for Tucson News Now. This was the first time our nation saw busloads of undocumented children who had entered the country illegally filling Border Patrol Processing Centers in Nogales, Arizona. Concetta reported on the uproar over how these children were being held on U.S. soil.

San Antonio was Concetta’s next stop. She went back to KSAT-TV, the station where she interned in college. She was an anchor and reporter. Some of the most notable stories Concetta covered were President Donald Trump’s visit to San Antonio, Texas, during his campaign for the presidency in 2016; the San Antonio Missions being designated a UNESCO World Heritage Site and the Alamo being the most recognized mission globally.

Concetta was also recognized as the 2010/2011 Media Advocate of the Year by the Greater Quad Cities Hispanic Chamber of Commerce for her hard work and dedication to the growing Hispanic community during her time in the Midwest.

Concetta has earned a bachelor of science degree in international business from the University of Texas at San Antonio.