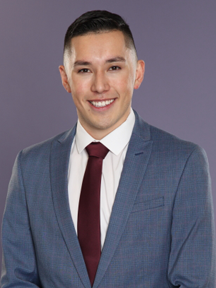 Fidel Moreno-Meza is thrilled to join the CBS4 morning team as a multimedia journalist.

He graduated from Fresno State in May 2021 with a degree in Criminology and a minor in Mass Communications and Journalism.

Prior to moving to El Paso, Fidel worked for the NBC affiliate KSHB in Kansas City, MO.

That passion continued into college which led him to internships with his local public access television station CMAC as well as the ABC affiliate KFSN-TV in Fresno.

Born and raised in California’s San Joaquin Valley, Fidel is fluent in both English and Spanish.

He is excited to start his next chapter in Texas and explore the Borderland.

In his free time, he enjoys running, cycling, reading, and hiking.

Be sure to say hello if you run into him, he is a talker and loves meeting new people!

Have a story idea? Email me fmeza@sbgtv.com