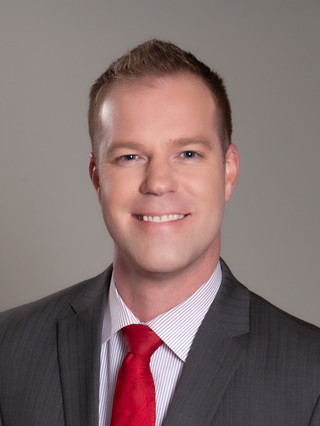 Justin Kree is excited to be back on the air in the great state of Texas. Justin started his news career learning the ropes at NewsWest 9 in Midland/Odessa, Texas.

He arrived in the Borderland and started co-anchoring the morning news on CBS4 in March. Justin is no stranger to early mornings. He previously worked in his home state of Michigan as the morning anchor at WLNS-TV6 in Lansing.

Because of his love for politics and because Michigan was a battleground state for the 2016 presidential election, Justin was fortunate enough to attend campaign rallies for President Trump, Hilary Clinton, Jeb Bush, John Kasich and Rand Paul. He has also interviewed Mike Huckabee, Sarah Palin and Vice President Mike Pence. Justin reported on two big national stories that came out of his home state (the Flint water crisis and the scandal that erupted over Dr. Larry Nassar's sexual abuse of many Olympic gymnasts).

Justin graduated from a small broadcast school outside Detroit. He then continued his schooling at Eastern Michigan University, graduating with a degree in electronic media and film studies with a minor in political science. He is a big University of Michigan fan -- “Go Blue.” He tries not to miss a U of M football or basketball game.

He enjoyed TV success in both Midland and Lansing – winning multiple broadcasting awards in both markets.

Personally, Justin enjoys life to the fullest. He suffered a massive stroke at the age of 26 and after almost two weeks in the hospital, made a full recovery. He now makes it his mission to educate others about the warning signs of stroke and how time can truly save a life.

Justin is excited to be in the Sun City. His sense of humor is evident and he likes to tell compelling stories about people in the community.

“Michigan is home – but El Paso has welcomed me with open arms," he said. "I am so honored to wake you up with your news and a smile all week long.”