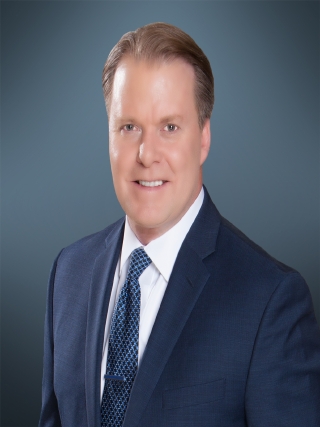 Shelton Dodson is a veteran journalist who first moved to the Borderland as a college student 29 years ago. He started his first television news job at KVIA when he was hired by Gary Warner in 1994. There he anchored weekends, mornings and even spent two years as a sportscaster. He later work in San Antonio, Albuquerque and twice more in El Paso, once as the prime-time anchor at KDBC and most recently as the morning show anchor at KFOX14. Shelton has earned several broadcasting awards including Reporter of the Year in New Mexico in 2006.

Shelton is a graduate of New Mexico State University where he first studied mechanical engineering and then later earned a bachelors degree in Broadcast Journalism. He grew up in the no-longer-small-town of Bosque Farms, New Mexico, where he rode horses just about every day as a kid.

I love the art of storytelling. There is a necessity to tell the day's news, like government and crime stories, but I want to tell stories that make a difference. I love stories about people who overcome their circumstance and beat the odds. I will go anywhere, anytime and do whatever it takes to bring those stories home.

Ive covered more stories than I can count, but there are three which rise head and shoulders above the rest. Ive had the opportunity to interview three Medal of Honor recipients and their stories, their incredible acts of heroism well never be forgotten. Nothing compares to what they experienced and what they did for our country. Im always humbled to meet any military service member and tell their stories.

If you really want to know more about me or maybe have me come out and visit your school, send me an email. It would be great to meet you all.